Economics Prof. Brad DeLong discusses his new book, Slouching Towards Utopia, and the promises and failures of the prosperity created during the “long twentieth century”. 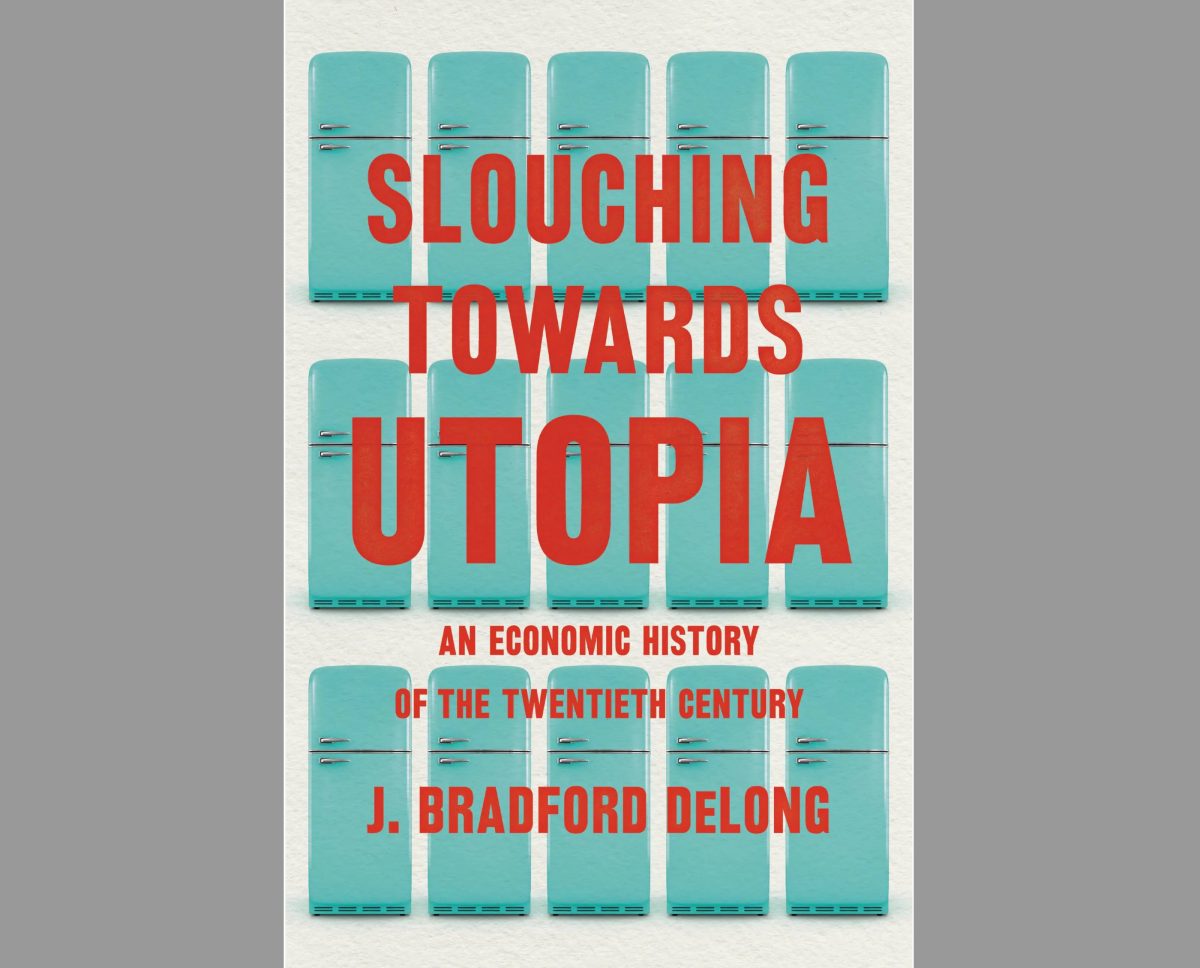 Economics Prof. Brad DeLong discusses his new book, Slouching Towards Utopia, and the promises and failures of the prosperity created during the “long twentieth century”

In his new book, Brad DeLong, a UC Berkeley professor of economics and the Blum Center’s chief economist, offers an extensive account of the economic history and technological advancements of the “long twentieth century” — 1870 to 2010. Slouching Towards Utopia presents a “survey of the monumental transformations — and failed promises — brought about by an extraordinary rise in prosperity.”

Released Sept. 6, Slouching Towards Utopia has already been nominated for Best Book of the Year by the Financial Times.

“What a joy to finally have Brad DeLong’s masterful interpretation of twentieth-century economic history down on paper,” Christina Romer, a professor of economics at UC Berkeley wrote.  “Slouching Towards Utopia is engaging, important, and awe-inspiring in its breadth and creativity.”

“One thing I hadn’t fully realized until reading Slouching Towards Utopia,” wrote Paul Krugman, “is the extent to which progress hasn’t brought felicity. Over the 140 years surveyed by DeLong, there have been only two eras during which the Western world felt generally optimistic about the way things were going.”

“DeLong puts together the puzzle of the past to tell a story of remarkable achievements as well as setbacks,” wrote Minouche Shafik, director of the London School of Economics, calling the book “a great way to understand the forces that have shaped the world today.”

The Blum Center caught up with DeLong to discuss his newest book.

What inspired you to write this book?

The idea that, as far as humans’ lives were concerned, the big game-changing moment in economic history was not the 1770 coming of the industrial revolution, but rather 1870; the belief that somebody ought to write a history book taking that fact as its launching springboard; and the fact that nobody else seemed to be doing so.

The cover of Slouching Towards Utopia is filled with turquoise refrigerators. What is the meaning behind this graphic?

The artists and art director wanted something to catch the eye, and convey the message that our civilization has enormous technological powers to produce things—useful things—that no previous human civilization ever had, and that that potential for material abundance was a big deal.

Well, the status quo that is being rejected is what historian Gary Gerstle calls “the Neoliberal Order.” It is being rejected because it is neither producing rapid economic growth, nor accomplishing any of the other tasks that it would need to in order to make people happy—its wealth distribution is seen as unjust, economic safety and security are seen as absent, and the difficult civilization-scale challenges we face as a species are being left unaddressed.

What is the most important lesson you hope readers will take away from this book?

That while the past 150 years have solved the problem of baking a large enough economic pie for everyone to potentially have enough, the problems of properly slicing and then enjoying that potentially ample economic pie have flummoxed us as a species.

Since the title of this book is Slouching Towards Utopia, do you feel that we are on our way toward utopia? If so, what do you feel we can do to ensure we stay on this path?

The “Slouching Towards” in the title of the book is a call out to what has been called the most plundered poem of the 20th century: William Butler Yeats’s “The Second Coming.” The point is that you are not going to be rescued from your situation by something wonderful, but will rather have to deal with something monstrous. No, we are not on the road to Utopia.

What was the most interesting piece of information you learned while writing this book?

All of the Herbert Hoover gossip.