Growing up in a rural town in Kyankwanzi District, Uganda, Moses Rurangwa witnessed an epidemic of preventable blindness. In his community many people become blind or near blind from trachoma, an infectious disease that affects places with poor sanitation, crowded living conditions, and not enough water and toilets. Trachoma forces the eyelid to turn inwards and causes the eyelashes to scratch and eventually damage the eye.

“Many people don’t know they have the disease until it is too late,” said Rurangwa, “and they don’t know how to get medicine. The first stage is a small itching below the eyelid, which is not always noticeable. But the last stage, if there is no diagnosis or prevention, is impoverishing blindness.”

When Rurangwa moved to Kampala to enroll in Makerere University in 2011, he became a tech geek. He could not put down his cell phone. He decided to major in computer science.  Looking at the issues facing his country, he said he began to feel that “although ICT [information and communication technologies] is not very strong in Uganda, it is a path to solving our own problems. There is capacity—people just need motivation.”

Rurangwa, now 22, might as well been talking about himself. A year or so into his studies at Makerere, he decided to figure out a way to use ICT, specifically mobile phones, to diagnose and prevent trachoma, which 8 million (nearly one fifth of) Ugandans are at risk of contracting. He and two Makerere University classmates—Anatoli Kirigwajjo, a computer science student, and Kiruyi Samuel, a medicine and surgery student—developed an idea for an mobile phone app that would photograph the eye using a smart phone, and examine and compare the image for color, far- and near-sightedness, and the presence of cataracts and other conditions. The images could then be sent to doctors who could make an initial diagnosis, contact the patient for testing, and even track the progress of treatment, if medication was administered. Rurangwa, Kirigwajjo, and Samuel call their app E-liiso: “e” for electronic and “liiso,” the Lugandan word for eye.

Rurangwa says his reason for inventing the app is pragmatism; it could save time, money, and livelihoods. Diagnosing trachoma and other eye diseases is not terribly difficult, what has been difficult for Ugandans is the cost of ophthalmological examinations. A typical eye exam in Uganda costs approximately US$50, too high for a country where the annual per capita income is US$506. The number of trained eye professionals is also very small; most are found in big cities. And in village schools, there are no longer routine screenings because of government funding cuts. But Ugandans do have mobile phones. The Uganda Communications Commission reported there were 12 million subscriptions in the country in 2011 and the number could be slightly above 17 million today, among a population of 36 million.

To fund E-lisso, and its umbrella company, Sight for Everyone, Rurangwa and his colleagues have turned to innovation contests, especially ones with cash prizes and Western connections. In March 2014, they took third place in the BigIdeas@Berkeley contest, which had opened several contest categories for the first time to the seven universities in USAID’s Higher Education Solutions Network (HESN), which includes Makerere University.

“The E-liiso team was not the only Ugandan team that beat out hundreds of student groups from Berkeley, Duke, and Texas A&M,” said Phillip Denny, project manager of BigIdeas@Berkeley and Chief Administration Officer of the Blum Center for Developing Economies, which runs the contest. “There was another finalist from Makerere, behind an idea called Agro Market Day, a mobile app for farmers. What this shows is that African students have plenty of social impact solutions for their own countries.”

Deborah Naatujuna Nkwanga, engagement manager at HESN’s Makerere-based Resilient Africa Network, said that the university is focusing on ensuring that more students and faculty engage in innovation and research activities that serve local needs. “By teaching entrepreneurship, Makerere is also striving to turn out students who are job creators rather than job seekers,” she said. “We have incubation centers within departments, where student ideas are tested, refined, and readied to be scaled.”

Nkwanga noted that Makerere students faced technical challenges that their American counterparts did not. “Internet and power were a regular problem,” said Nkwanga. “At one point, Phillip [Denny] extended the deadline of submission because of Internet and power problems.” Still, eight Makerere groups applied in the tech-dependent open data for development contest category.

The Sight for Everyone team is now finishing up its first testing phase. This has involved processing algorithms for more than 100 photos of trachoma-infected eyes that can serve as comparison images. The team is also testing its mobile application with doctors at Jinja Hospital, an eye center in Kampala, as well as improving its website so that users can post images of infected eyes and get responses from ophthalmologists.

Rurangwa says Sight for Everyone is seeking $30,000 in startup funds this year to proceed with commercial testing of E-liiso. It received $3,000 from the UC Berkeley prize and in 2014 participated in the Microsoft Imagine Cup and Orange competitions. Although the Ugandan government halted new e-health initiatives in January 2012 due to e-health “pilot-itis” and researchers there and at MIT are working on other eye disease apps, Rurangwa is not worried about competition.

“My main worry is that we do not have enough people embracing technology in the [Ugandan] medical sector,” he said. “The only real competition we are facing right now is faith. People wonder if this thing, e-health, can really work.”

For those interested in learning more about Big Ideas past winners and how to apply for or support the contest, visit the Big Ideas website: http://bigideascontest.org 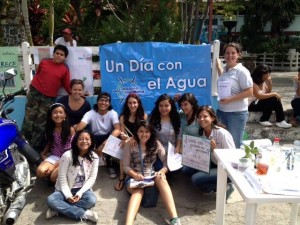 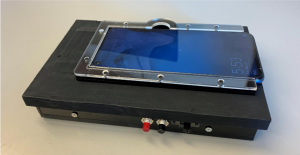