“This is among hundreds of other tasks and things we have to do to get everything ready,” said TSgt. Darin Pugh, Ellsworth’s maintenance training section superintendent, who oversees the process with MSgt. Samantha Rohrenbach, the base’s education and training manager.

The hefty time commitment “prevented us from being able to extrapolate useful things out of the data and come up with solutions because we were so focused on just getting the data into something that was presentable,” said Rohrenbach.

To solve their problem, Pugh and Rohrenbach applied to participate in the X-Force Fellowship program, which pairs the technical and entrepreneurial skills of students with Department of Defense (DoD) organizations, to address real-world military problems. For example, rather than ask a group of college kids for a shiny, all-or-nothing “Corvette-of-a-solution,” thought Pugh, “let’s have them build us a skateboard.” Because of his experiences with these types of arrangements in the past, he had seen contractor solutions sometimes fizzle out when the teams adopting the solutions couldn’t figure out how to use them.

In June, Rohrenbach and Pugh laid out their operational problem to three X-Force Fellows, including Lisa Huang, who had just graduated from UC Berkeley with a degree in cognitive science and a minor in data science.

Using only basic Microsoft Excel functions, the students automated the base’s laborious process, which saved the airmen significant time. The Ellsworth training team has implemented their solution into its routine, and other Air Force bases have expressed interest in implementing the solution as well.

“We asked for a skateboard and they gave us a really awesome, deluxe scooter,” expressed Pugh.

“It’s [the fellowship] really cool and rewarding,” said Huang, “because they [the airmen] can’t stop saying, ‘Oh my God, you’ve saved us so much time. We’re already done. You’ve cut us back, like, a week.’”

Sharing UC Berkeley insights and innovation with the military

The X-Force Fellowship is an initiative of the National Security Innovation Network (NSIN), which is a program office under the U.S. Undersecretary of Defense for Research and Engineering. NSIN connects new communities of innovators, academia, and early-stage ventures together to solve national security problems. This summer’s 11-week, virtual program comprised 277 fellows from 36 universities across the U.S.

At 16 fellows, UC Berkeley had one of the largest cohorts from any individual school this year. Some of their projects included building out data-literacy products with the Naval Air Force, creating an algorithm that categorizes and tracks physical changes at commercial seaports with the National Geospatial-Intelligence Agency, and helping the Army Research Laboratory-West modernize tech and bring it to the market. “By the end [of the fellowship], some project sponsors would have hired their fellows on the spot if they could,” said Pamela Sharma, NSIN X-Force program manager.

“They didn’t just meet expectations, they blew past them,” explained Sharma. “What’s always really exciting to hear and really exciting to see is that people are coming in and coming up with solutions that are more innovative or more complex than people thought possible, and in such a short period of time.”

‘It could impact the entire Department of the Air Force’

Huang admitted to feeling a little intimidated and overwhelmed when the program let her know she had been accepted and that her project would involve data analysis and data visualization. She wondered if her limited experience from her data-science classes would be enough. Moreover, she was busy teaching at Girls Who Code.

After hearing about other, buzzier projects, Huang and her two teammates — from the University of Texas, San Antonio and George Mason University — weren’t exactly thrilled. “We were like, ‘Oh. Excel program,’” Huang said. “But we didn’t expect the results to have such a drastic effect on the Air Force.”

Huang spent the beginning of summer mastering the ins and outs of Excel, including power query and pivot tables, and her team exemplified true service and went to work on a solution. None had much experience with Excel — “which was amazing,” Pugh noted in hindsight. Huang and her team met virtually with Pugh and Rohrenbach twice a week, usually for an hour, corresponded over email, and sometimes met one-on-one. During their time together, they’d revise models of the solution, test data, and even found ways to expand the scope of the project.

Huang and her team called their solution “Tool Assisted Analytics Process,” and it automated Ellsworth’s training-data analysis by using only Excel’s pivot tables and power queries. Not only did they hand off to their project sponsors the slicers and graphs, but also a user manual and documentation that covered how they developed the process. “It’s not what we thought we wanted before the project,” said Rohrenbach, but in the end, it was “exactly what we needed it to be.”

When it came time for Huang and her team to demo their project to other X-Force teams and DoD agencies, Tool Assisted Analytics Process was 100 percent successful. “The ownership they had toward the end, it was kind of awe-inspiring to me,” said Pugh. In addition, their solution caught the eye of other DoD organizations. The team’s solution has been shared with Air Force Global Strike Command and all the Maintenance Groups in the Command, which account for all bomber and missile bases in the U.S.

Their solution wasn’t the flashy, complicated solution Pugh had seen flop before. “They kept it simple,” he said. “Any DoD computer has Excel on it.” Aside from paying their fellows, the Tool Assisted Analytics Process costs “zero money to implement, maintain, or upgrade.”

“After only working on something for 11 weeks, that it could impact the entire Department of the Air Force — that’s incredible,” Sharma said. “That’s phenomenal — something to be really proud of.”

‘Something no one has ever done before’

Huang wasn’t the only UC Berkeley student to change the way the DoD solves problems this summer. Edison Guanuna is an electrical engineering and computer science major who saw the X-Force Fellowship program in one of Berkeley Engineering’s newsletters. “I thought, ‘That’s a super-cool name, so I’ll check it out.’” He took 30 minutes to apply, not expecting to get in.

He was accepted and teamed with Jaylan Pierce from San Diego State University. They were paired with a couple of innovative professors including Rob Semmens, a systems engineering researcher at the Naval Postgraduate School in Monterey, Calif., and Michael “Misha” Novitzky, a robotics researcher at West Point.

Guanuna tested these two approaches by simulating robots playing aquatic capture the flag, which is a game of defending one’s own territory and flag while remaining undetected and trying to capture their opponent’s flag. The game had been played before by Novitzky, who had led a project at MIT called Aquaticus, where two teams, both composed of humans and robots, would face off in Boston’s Charles River. But coordinating humans’ and robots’ behavior is difficult. Just telling a robot, say, to snatch a flag means it has to hear the command and translate it into a series of actions: figure out where it has to swim, then orient itself in that direction, scan for the flag, go to it, snatch it up.

Teaching a robot commands is of keen interest to the military.

“The fewer people we can put in harm’s way because the robot can do the job, the better,” said Semmens.

Guanuna’s primary focus was to develop machine-learning defensive behavior for the robots — “which no one had done before,” he noted. After studying up on Aquaticus, reading through documentation, and performing research, Guanuna hand-coded robot behaviors and created machine-learning algorithms to facilitate more robot behaviors.

The results came as a surprise. “In the defense, the hand-coded behaviors are better than the reinforcement-learning behaviors,” said Semmens. “But in the offense, it’s the opposite.”

Guanuna and Pierce had “proved very plainly that machine learning and AI are not the solution for every problem that’s out there,” he added. “So I think it was a pretty great 10 weeks with them. Even though it started off as a summer internship, I fully expect them to get publications out of this. They deserve it.”

Berkeley undergrads and graduate students interested in making their own tangible impact on practical national-security problems can get started now: Applications for the full-time, paid Summer 2022 X-Force Fellowship open October 18 and close December 17. 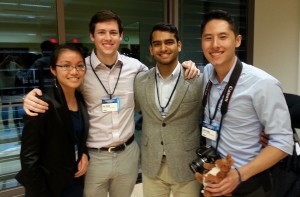 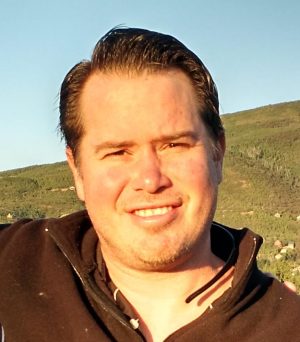 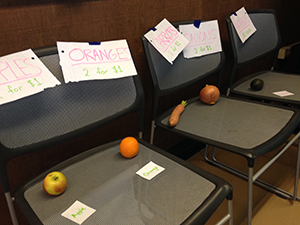 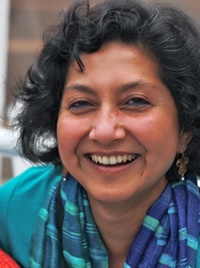 Gamechangers. Engineers. Innovators. Researchers. Entrepreneurs. These are just a few of the words that describe the outstanding women of the Blum Center ecosystem. In honor