Kristian Kim decided to pursue a minor in Global Poverty & Practice because she felt a moral impetus to mitigate poverty. Instead, she found herself immersed in critical reflection and uncomfortable questions that forced her to examine her own role in the systems driving global inequality.

A double major in Development and Peace & Conflict Studies, Kim completed her practice during the summer of 2015 with AFSCME 3299, a labor union that represents University of California service and patient care workers statewide. She conducted research and interviews with workers, and examined how administrative decisions trickle down to affect their wages, job security, and benefits. Through her work, Kristian developed relationships with on-campus employees and gained a deeper appreciation for the people who make her life as a student possible.

“Getting to know people whose labor and struggle make it possible for me to come to school on a daily basis has tied me more to campus,” said Kim. “Understanding my relationship to them has helped me better understand my responsibility to support them as they struggle.”

That struggle involves a demand to be hired directly by the university, which currently outsources workers from private companies that do not provide the wages or benefits required to ensure economic stability.

Kim’s work on behalf of AFSCME 3299 also resonated with her personally. The socioeconomic struggle facing many campus workers, she said, resembled that of her own family members. Her grandparents fled North Korea in the 1950s and immigrated to the United States from South Korea with her parents in the early 1980s. Kim entered GPP knowing the sacrifice her family made to provide the stability in which she grew up. But witnessing the struggle of UC workers firsthand brought her closer to her own family’s hardships.

The Global Poverty & Practice minor is one of the most original, unorthodox, and progressive poverty studies programs in the country. (Full disclosure: I am a GPP minor.) Since its inception by the Blum Center in 2007, the minor has become one of the largest minors on campus, with students from numerous disciplines. GPP aims to supplement students’ chosen fields, encouraging them to engage with poverty on a systemic level and critically reflect on their own positions in relation to the problems they seek to address. In addition to teaching the prevailing theories on global poverty and development, the GPP program requires a minimum six-week “practice” component, in which students work with an organization dedicated to poverty alleviation or socioeconomic development.

Said Kim: “[GPP] gave me a different way of understanding some of the struggles my family members had as people, not just as stories, but as people who go to work and are exploited and struggle to make ends meet.”

Kim’s practice experience also reaffirmed the privilege she enjoys as a result of her family’s and UC workers’ sacrifices. This sense is not unusual among GPP students, who are taught to reflect on the factors that make their socioeconomic positions possible. It is an approach that ensures students are aware of the benefits they have, and it aims to prevent them from becoming complicit in the problems they try to ameliorate.

“My work with GPP contextualized my work with AFSCME and all my work in general. It’s given me a space to be critical without being paralyzed by cynicism,” said Kim.

Kim is referring to the commonly quoted words of Professor Ananya Roy, one of the founders of the minor who created its introductory course, GPP 115, at UC Berkeley. Roy often spoke of the “impossible space between the paralysis of cynicism and the hubris of benevolence.”

These words capture the essence of an educational program that provides an uncomfortable awareness of the factors responsible for systemic inequality. Students are encouraged to question their motivations and many come to recognize their own complicity in the systems that create global poverty. Kim is no exception, and expresses a deep awareness granted by the minor.

“GPP showed me things are messed up, but we engage with these forces every day. My choice to engage in specific aspects of struggles comes with the responsibility to fight those forces.”

This conviction drives Kim’s continued study of global poverty and her ongoing work with AFSCME.

“I move forward with that knowledge that I have a responsibility to undermine the systems that privilege me at others’ expense,” she said.

Such a realization has been possible due to the reflective tools provided by the minor. GPP 105 teaches students common methods used in fieldwork, while building habits for reflecting on the modes of power and inequality that come with their roles. It is this reflective component that Kim believes is one of the most standout features of GPP, in that it encourages students to go beyond the typical approaches to poverty utilized in academia.

“The way poverty alleviation is often approached at Berkeley is by looking at the global impact an organization can have, but that often comes with a disregard for the experiences of the people in poverty. This approach can undervalue the importance of these experiences,” she explained. “I think doing the work I did over the summer showed me I can’t ignore the way it [poverty] plays out in people’s lives.”

Kim recognizes the role she once played in perpetuating the conventions of poverty, yet the GPP framework has allowed her to step outside her previous mode of thinking and deconstruct those conventions.

“If you find yourself reducing people to things,” Kim said, “you need to face what keeps you from recognizing that your liberation is implicated in other people’s liberation. Thinking about poverty action that way makes it clear what you’re responsibilities are.” 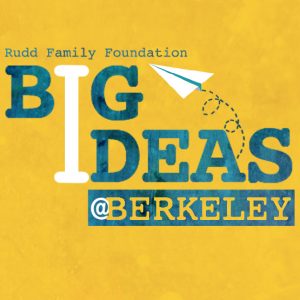 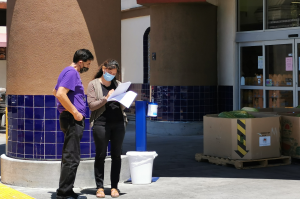 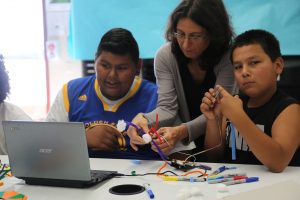