When Sarvottam Salvi came to UC Berkeley in 2011, he was intent on double majoring in chemical engineering and economics and “interested in making some money.” By his third year at Cal, however, he had crossed chemical engineer off the career list, kept economist on it with an emphasis on development finance, and declared a minor in Global Poverty & Practice.

Born and raised largely in Illinois, Salvi said the year he lived in Pune, India during eighth grade exposed him “to issues of inequality and poverty and remained a backdrop in my mind.”

During his first year at UC Berkeley, he recalls a meeting of the student club Engineers Without Borders. There, Blum Center Professor Khalid Kadir pushed the group to think about the political and cultural implications of implementing engineering projects, causing Salvi to want to learn more.

“Kadir was poking at us to look at the power and cultural dynamics [of engineering projects], and I could tell that my engineering buddies were not really understanding what was going on, which is why I went looking for courses in development and poverty issues.”

Salvi enrolled in Global Poverty & Practice 115 taught by Professor Ananya Roy, which focuses on social and political models to alleviate poverty. Salvi said he found the course intellectually stimulating, but what he really craved was an understanding of the practical side of development work.

That sense came from a 2013 student-run Decal course on the Peace Corps, where he met returned volunteers who shared their experiences working around the world. “The Decal allowed me to relate the personal aspect of development to what I had learnt in GPP 115 and that’s when I made a U-turn,” he said. “I thought to myself—I’m done with consulting and finance. I will focus my economic course load on development.”

Salvi declared a minor in Global Poverty & Practice and during the summer of 2014 traveled to Mumbai, India to intern with Svasti Microfinance, as part of the minor’s “practice experience.”

He said he was initially skeptical about whether microfinance—a financial service that provides small loans to people who lack access to traditional banking—was a successful development tool. In GPP 115, Salvi learned of the failures of microfinance due to predatory lending and rigid repayment structures of some firms. And he was aware that in 2010 more than 200 residents in the state of Andhra Pradesh, India killed themselves after being overwhelmed by microloan debt and pressured by the microfinance firms to repay.

Yet in Mumbai, Salvi saw that Svasti had a strong lending model, granting small loans to people who were financially stable enough to make payments. At Svasti, he was also able to do hands-on work. He used his economics knowledge to build a tool for the company estimating loan affordability for clients—something that is tricky because many potential loan takers work in the “informal” economy, as street food venders and jewelry-makers. Thus their income is harder to track and model by the government or lending agencies like Svasti.

“People in lower socioeconomic brackets also need financial services like everyone else, not charity,” said Salvi. “Microfinance is not just about giving people money, but realizing that sometimes without these loans the opportunities available to people are very limited.”

In modeling people’s varying and unofficial incomes, Salvi said what he found most useful was not the economic and statistical analysis skills he learnt in school, but intuition and on-the-job-training.

He also thought that his Indian language skills and cultural background—his family is from the state of Maharashtra, where Mumbai is located—would spare him some of the challenges that his non-Indian peers faced. But he quickly realized that there was a lot of “cultural weight” in how people perceived and reacted to him. “Whenever I went with the workers from Svasti, they would always introduce me as the ‘Sir from America,’ which was weird because they were older than me and better at the work,” said Salvi.

Conducting surveys and interviews throughout Mumbai’s largest slums, Salvi noted the strong sense of community despite acute levels of poverty. “Money was not related to respect in that setting—people respected each other because of their relationship to each other,” said Salvi. “I was struck by the community aspect, which seemed more powerful than whatever money they did or didn’t have.”

After the two months in India, Salvi said his assumptions about microfinance and his possible role in development work changed drastically. “When I was doing the surveys and talking to people I thought, ‘Oh, I am doing development now,’” said Salvi. But he soon realized his skills are better suited for economic modeling and evaluation.

“I think it is necessary to do fieldwork,” he explained, “but I don’t think that I need to be the one doing it. I think that the best way for me to make an impact in issues of development is to use my education in economics.”

Salvi has taken several courses in impact evaluation at UC Berkeley, such as Professor Edward Miguel’s Economics 172 (Case Studies in Economic Development), and is currently working as a research assistant on a project by Associate Professor Federico Finan, a development economist.

Salvi, who graduates in May, is applying for jobs at organizations that specialize in research related-development in the areas of poverty, health, and financial inclusion. 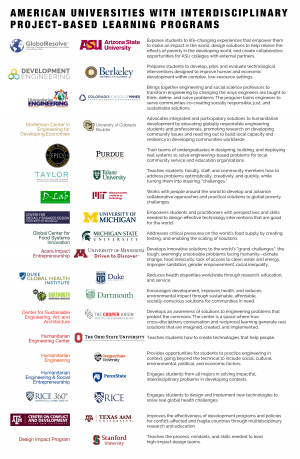 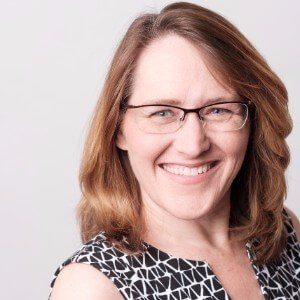