From the East Coast to the Bay Area, several esteemed Global Poverty and Practice Minor program alumni gathered in Blum Hall for a panel hosted by GPP to speak about their experiences after graduation. For the majority of the graduates, the minor was crucial in shaping their career paths and passions — and in some cases, far more impactful than their majors.

Staying true to the nature of GPP, each alumnus had different majors and, after graduation, entered different fields. Although they are all still trying to “figure it out”, these returning students had plenty of advice to give to current program students.

Where are they Now?

Farnaz Malik, a 2011 graduate who has a degree in Integrative Biology, said that the minor had a profound effect on what she did post-graduation. Through GPP coursework, Malik began to foster an interest in epidemiology, a branch of medicine that deals with the incidence, distribution, and possible control of diseases and other factors relating to health. Now, six years and two degrees later, Malik works at Vital Strategies, a global health nonprofit in New York that partners with governments to design public health initiatives and build better health systems — particularly in low and middle income countries. For Malik, the GPP minor has come full circle now that she can further her interests in epidemiology at Vital Strategies.

2015 graduate Shrey Goel is a case manager with Asian Health Services and volunteer at the Berkeley Free Clinic. In his undergraduate years, Goel majored in Environmental Sciences, but recalled how his GPP courses were the ones that interested him the most. He discussed how the clinic is furthering this education through a more hands on approach. After graduation, he landed a job as a research coordinator at UCSF where he learned plenty about clinical research, but where he was also exposed to the ethical dilemmas embedded in research.

“I think the years since I graduated really enriched me in challenging my own role and my own position in the institutions I participate in,” Goel said. “I hope to pursue a career in medicine in a way that is more authentic to what my actual interests are.”

Nikki Brand, a Master’s student in International Policy Studies at Stanford, graduated from Cal in 2013 with a degree in Peace and Conflict Studies and immediately moved to Guatemala to work as a field consultant with Community Empowerment Solutions, supporting women micro-entrepreneurs in marketing and selling products with health and environmental benefits. In 2014, Brand started at USAID as a program assistant, which “was not glamorous” at first, but after a year Brand was promoted to a team tasked with applying digital tools and approaches to support  small farmers around the world.

Brand traveled to multiple countries — Ghana, Nepal, and Cambodia, to name a few — conducting workshops and research on ways that digital tools such as mobile money, digitally-enabled extension services, and geospatial analysis can support smallholder farmers. Brand left USAID in August to start a Master’s at Stanford and will be continuing to focus on the use of technology and data in international development.

2011 Graduate Lauren Herman said her story was far from linear. After she graduated with her B.A. in Peace and Conflict Studies, she received the Judith Lee Stronach Baccalaureate Prize and traveled to Nairobi, Kenya to do consumer outreach, which was inspired by her Practice Experience working with a microcredit program. When she didn’t get accepted to a public policy fellowship program she had applied for after she returned from Kenya, Herman said she took some time off to seriously reevaluate her goals and wants. After initially preparing to apply to graduate school, Herman secured a job as the Director of Communication and Training at a consulting and organizational management company where she’s worked for the past four years. But she credits her time off as fundamental to finding her own path.

“What I hope you take away from all this is no one has it set in stone,” said Herman. “ It’s all about taking it day by day and asking others for help.”

Lastly, Areidy Beltran, a Class of 2015 alumna who studied Environmental Earth Sciences, said her first job was an environmental/geotechnical engineer in Oakland. After a year, however, Beltran discovered that she wanted to work on issues of energy and climate change on a broader scale. This led her to return to Cal for a Master’s in Earth and Planetary Science and pursue additional short-term programs focused on computer science and business education. Now in order to meld her interests in business and environmental science, Beltran said she is considering a job in energy consulting.

The Road to Grad School

Many students in the audience wanted to know how these graduates weighed in on the value of graduate school and what were the best strategies to approaching the next step in academia, if they wished to do so.

Brand said she talked to at least 100 people before applying to grad school, which led her to some valuable advice. First, is to have at least two different jobs before entering graduate school in order to get a feel for what one should study. Similarly, Beltran said taking a year off led her to the realization that she did not want to pursue environmental engineering as a career. Second, Brand advised students to pay attention to job descriptions of positions they want to be in 5 years in the future, and noted many of them will require a graduate degree and at least two years of work experience.

“Wait until you at least have a more specific sense of what you want to do in life,” said Brand “Now I have a better sense of what direction I want to go in.”

When confronted with sobering statistics and facts on global poverty, students of the GPP minor admitted that the work of global social development can often seem overwhelming. The speakers, in turn, recommended ways to deal with “burnout”.

Herman reminded students that the small ways in which the minor engages them to be critical thinkers matter, as well. Although progress is slow, Herman said it is crucial for students to not put too much on themselves and to “slow down and breathe.”

Beltran assured students that it is okay to change your mind, even after graduation. She said that she considers jobs right after graduation as experiences that should lead to self-reflection and change.

Goel believes the issue of scale underlies the struggle to find purpose after graduation for many students, meaning that students may feel pressured to have a large impact on a large scale. He found focusing on  concrete skills development helped him find a sense of purpose.

Through their different experiences, these alumni imparted their knowledge upon the next generation of global development changemakers. The Blum Center is proud to see its graduates contributing to the GPP community and is looking forward to what they will accomplish next. 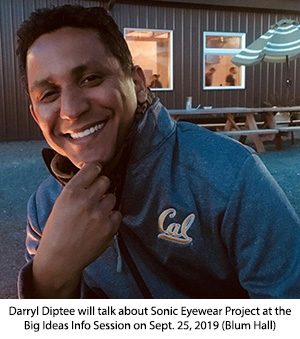 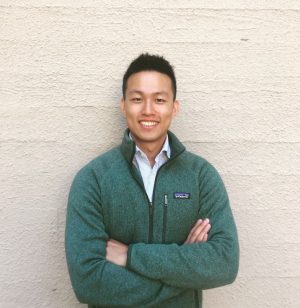