Bert joined the Blum Center Board of Trustees in 2016, and in 2019 he came to Blum Hall to serve as a senior health advisor because he could not fully retire. Although his career had been long and illustrious—he had served as the former president, CEO, and research director of Children’s Hospital Oakland for more than 40 years—there was still much he wanted to do.

And indeed, there was much he did do. He advised students from our Global Poverty & Practice program in their quest to reduce health inequities in California and beyond. He brainstormed with us to further the impact of the Blum Center’s Big Ideas Contest, Development Engineering programs, and healthcare technology innovations, specifically CellScope.

Months before his death, Bert was working the phones and sending emails at all hours to support Project PreVENT, to make backup ventilators available at hospitals treating COVID-19 patients. He helped pull together a coalition of scientists and healthcare professionals that included College of Engineering Dean Tsu-Jae King Liu and Mechanical Engineering Professor Grace O’Connell. “If there’s anything I can do to help,” was Bert’s constant refrain, during a time he was weak and fatigued from battling brain cancer.

Dr. Lubin leaves many legacies. He is widely known for advancing the concept of the social determinants of health and health equity, which include such varied factors as early child development, food security, housing, social support, education, housing, and poverty. A national expert in pediatric hematology, particularly sickle cell disease, he launched the first newborn screening program for hemoglobinopathies in California, which became the national standard, saving thousands of largely African American children’s lives. He started the first sibling cord blood banking program in the world for children with hemoglobinopathies; co-authored the first clinical best practice guidelines for sickle cell anemia; and supported the application of gene therapy and bone marrow transplantation for children with hemoglobinopathies.

At Children’s Hospital Oakland, he also mentored over 1,000 aspiring healthcare practitioners from underrepresented, minority high school, college, and post-baccalaureate institutions. The CHORI Summer Research Program was Bert’s way of saying: My parents didn’t go to college, I didn’t come from money, but now I develop groundbreaking health care programs for all children—you can, too.

In an interview for an October 2019 Blum Center article, Bert said: “I think we have to have healthcare leadership involved in public policy. If you don’t get policy and implementation together, then you’re not going to move the needle. We need to stop pursuing small economic advantages. We need to focus on big impacts for society.”

Thank you, Dr. Bertram Lubin. We will carry your inspiration and vision with us. 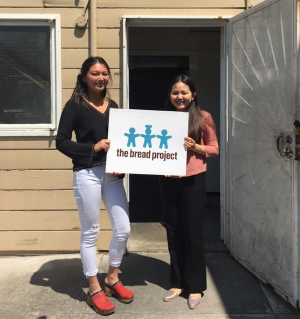 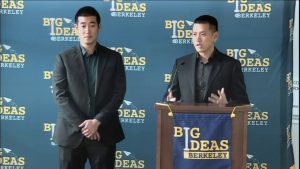