On Dec. 9, Dr. Phumzile Mlambo-Ngcuka, UN Undersecretary and Executive Director of UN Women, attended a panel at UC Berkeley’s Blum Center for Developing Economies with leading gender academics to discuss the state of affairs for women and girls around the world.

Titled “Gender for a New Century: Countering Violence and Social Exclusions,” the event served as an opportunity for academics and policymakers to engage in dialogue and marked Mlambo-Ngcuka’s first formal visit to an American university.

“Our knowledge about gender has moved so far in the last 30 years, even though many of the problems remain the same,” said Raka Ray, Professor of Sociology and South and Southeast Asian Studies and an affiliated faculty member of the Blum Center for Developing Economies. “Strangely, there has not been enough sustained conversation between those who produce knowledge about gender and those who create global policies around gender.”

The event was part of a worldwide 16 Days of Activism Against Gender Violence that started on Nov. 25, the International Day for the Elimination of Violence against Women.

Nine distinguished UC Berkeley female faculty members from various departments and centers, ranging from Law to Gender and Women Studies, presented different forms of violence and discrimination against women that reflect the intersectionality and complexity of gender-based problems.

Panelists brought attention to gender problems around the world, including the lack of protection for female migrant workers, the alarmingly high rates of sexual assault against disabled women, and cultural values that normalize violent traditions, such as female genital mutilation. The panel also addressed forms of non-physical violence and discrimination, such as policies that are constructed without recognizing women’s physical needs and others that alienate those that fall outside the gender binary.

“You cannot understand gender in isolation; you also cannot understand class, race, and all the other dimensions of oppression and inequality without understanding how they work in and through one another,” said Gillian Hart, Professor of Geography and Co-Chair of Development Studies. “This is one of the absolutely crucial challenges that we are facing in the world today.”

Mlambo-Ngcuka responded to questions posed by faculty members on the ways that the UN and transnational policy can address violence against women and social exclusion, while also noting challenges and limitations within the UN.

For instance, she shared concerns brought up by Professor of History Tabitha Kanogo about the dangers of universal gender goals and the importance of local variations. “When we want to target differences and not apply a one-size-fits-all solution, we have to allow for differentiation; but there are times when that is not an appropriate stance to take and we have to insist on universality,” said Mlambo-Ngcuka. She mentioned the ways in which national sovereignty arguments are used to avoid implementing human rights legislation. “Nationalism is sometimes a refuge for scoundrels.”

UN Women was created in July 2010 to promote gender equality and the empowerment of women and is the UN’s youngest agency. Thus far, the institution has spearheaded several campaigns, including HeForShe and UNiTE to End Violence Against Women.

Mlambo-Ngcuka and her colleagues’ appearance at UC Berkeley coincided with visits to Silicon Valley technology companies, such as Apple, Mozilla, Twitter, Facebook, and others, to start a dialogue about how technology leaders can promote UN Women’s agenda and goals. Cheryl Sandberg, Chief Operating Officer of Facebook, originated the invitation to Mlambo-Ngcuka, who served as Deputy President of South Africa from 2005 to 2008.

Lopa Banerjee, Chief of UN Women’s Civil Society Section, said the meetings aim to find ways to increase women representation in positions of power and to look at how data can be used to better understand gender issues.

“We need to begin the conversation on how Silicon Valley marginalizes gender,” Banjeree said. “The Internet is mostly defined by the users, but [social media company] owners also have a responsibility to be conscious of the politics of that space.”

Mlambo-Ngcuka identified economic participation, particularly in leadership positions, and violence against women as areas where countries have underperformed the most.

UN Women is preparing for the 59th session of the Commission on the Status of Women in March and the UN General Assembly in September to discuss post-2015 development goals. Mlambo-Ngcuka stated that UN Women is working to improve and build on goals established in the 1995 Beijing Declaration and Path for Action, whereby member countries agreed to address 12 areas of concern affecting the lives of women and girls.

While the Beijing goals are not perfect, UN Women will not discard them. Rather, the agency seeks to modify the goals, to minimize the risk of them being “chipped” away. “We have relative control of the Beijing goals and need to sell them as a package to the member states,” Mlambo-Ngcuka said.

Mlambo-Ngcuka ended her talk by calling on campuses to mobilize in the fight against gender inequality and violence against women. Specifically, she would like university scholars to provide more research and data about women and girls “to help surmount the trivialization of women’s issues.” Said Mlambo-Ngcuka: “The UN is not going to win the struggle, the people will—and the people will do that in the streets. Therefore, mobilizing is critical and we need students and the intelligentsia to speak much louder.”

Mlambo-Ngcuka called the next 15 years, 2015-2030, a critical period for women’s rights internationally. “I would like us to see this period as the last mile. We are going to intensify the struggle of hundreds of years. We should not, however, see this as an open-ended struggle,” Mlambo-Ngcuka said. “In Portuguese we call it ‘A Luta Continua’ (the struggle continues), but it must end at some point.” 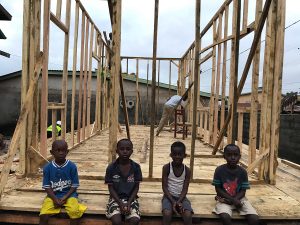 The Road from CalCAP: Can the University of California Achieve Carbon Neutrality by 2025?

By Tamara Straus Ten years ago, Scott Zimmermann left a career as an oil industry engineer to attend law school at UC Berkeley, retool, and