The UC system is often lauded for its ability to cultivate socioeconomic mobility. A 2015 New York Times study placed UC campuses in six of the seven top spots in its index of economic diversity, and the UC system performed the strongest in this year’s U.S. News & Report Ranking on social mobility.

However, the UCs are struggling to support their low-income, working class, and now middle-income students once they arrive on campus. The UC Office of the President’s Global Food Initiative found that, as of 2017, 44 percent of undergraduate and 26 percent of graduate UC students lack consistent access to nutritious food and 5 percent of UC students report experiencing homelessness. These rates are even higher among marginalized communities, such as people who are first-generation, LGBTQ+, or former foster youth.

What does this mean on the ground level? At UC Berkeley, which was ranked the most expensive college town in the country, the campus food pantry has seen usage increase tenfold over the past two years. It means that 40 percent of undergraduates are struggling to put food on the table. It means that students are having to choose between paying rent or eating full meals, and more often than not, skipping class to work part-time jobs that enable them to pay for class.

At the Student Action Committee for the Eradication of Poverty and Inequality (SACEPI), the student arm of the Blum Center Network, student representatives from each of the UC campuses are brainstorming how to activate solutions for these poverty-related issues. As the UC Berkeley undergraduate representative, I have been working with campus partners to address this crisis.

First, it is important to recognize that increases in the cost of living have outpaced the cost of tuition, and non-tuition expenses can account for over 60 percent of the total cost of attendance. While efforts have been made to provide financial assistance to support students in need, over half of the students who reported experiencing food insecurity also had paying jobs or received financial aid. Therefore, to address the landscape of basic needs insecurity, we need to look not only at the cost of tuition (which has has tripled and over the past four decades) but also at the cost of living.

Second, while there is support through programs such as CalFRESH, the Food Assistance Program, and the Food Pantry, these programs are not funded to serve all students in need. There are efforts underway to increase funding and expand policies, but a core issue is simply the lack of affordable food around campus. It is not practical to expect students to transition from free food offered by the pantry to, say, $10 meals at Chipotle. At the same time, despite initiating comprehensive efforts to curb food waste and being consistently named one of the most sustainable dining halls in the country, Cal Dining still sees hundreds of pounds of food wasted daily. After recognizing this gap in food waste and insecurity, we decided to step in.

Currently, financial aid is given based on need. However, there is little flexibility to accommodate for unique and changing circumstances. Why not reshape this model, and apply it to food? The pay-what-you-want was piloted at the Berkeley Student Food Collective, a student-run nonprofit grocery store, where student members repurpose older or damaged produce into meals, sold on a sliding scale of $2 to $5. Customers who can afford to pay $5 subsidize the cost for those who can pay only $2.

Now, we’re launching this into a larger platform—channeling all the dining hall food waste into a centralized kitchen right at the heart of campus, where students volunteers will repurpose leftover grains, meat, and vegetables into affordable, healthy meals for other students. For me, this is what the Berkeley spirit looks like: community members coming together and taking action to serve neighbors in need. While the long-term future is uncertain, we are excited to shift towards this more accessible model—one meal at a time.

Sara Tsai is majoring in Business Administration and Interdisciplinary Studies and serves as UC Berkeley’s undergraduate representative of the Student Action Committee for the Eradication of Poverty and Inequality and chair of the Basic Needs Security Coalition. 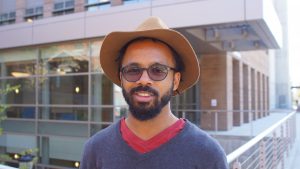 George Moore, an InFEWS Fellow and Development and Mechanical Engineering PhD student, has been awarded the Birgeneau Recognition Award for Service to Underrepresented Students. 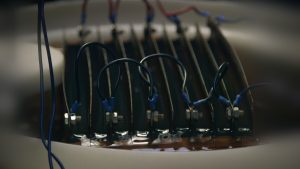 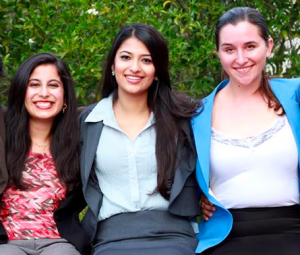