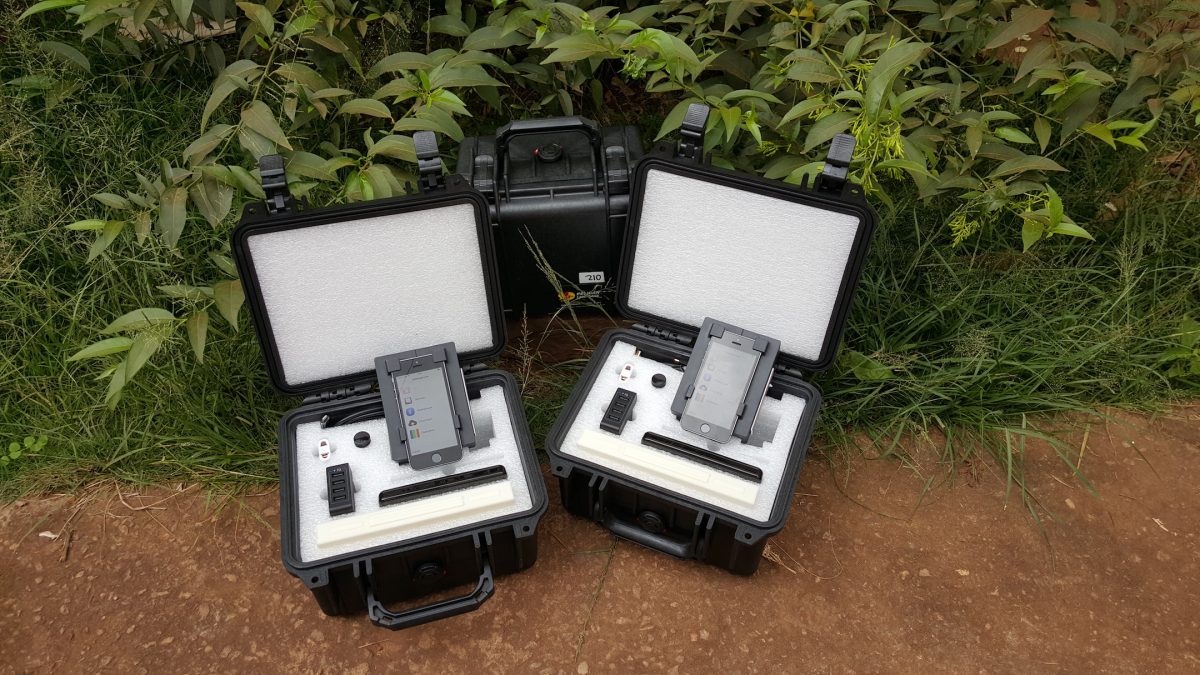 The Bill & Melinda Gates Foundation has awarded a $1.9 million grant to Berkeley to support the scaled-up production of the LoaScope, a mobile phone-based microscope developed by Blum Center Chief Technologist Daniel Fletcher and researchers in his bioengineering laboratory, to enable mapping of Loa loa prevalence and intensity in Central and West Africa. The LoaScope uses video from the mobile phone-based microscope to automatically detect and quantify infection by parasitic worms in a drop of blood.

Loa loa, commonly referred to as African eye worm, is passed on to humans through the repeated bites of deer flies in West and Central Africa rainforests. Knowing whether someone has a Loa loa infection and the intensity of that infection is critical for mass drug administration efforts to eliminate onchocerciasis (river blindness) and lymphatic filariasis (elephantiasis). There may be more than 29 million people who are at risk of getting loaisis in affected areas of Central and West Africa, according to the Centers for Disease Control and Prevention.

The Fletcher Lab’s original device was developed with support from the Blum Center, USAID, KLA-Tencor, and the Gates Foundation to enable safe treatment of River Blindness with the potent anti-helminth drug ivermectin in regions co-endemic with Loa loa. The new project will update 30-year-old maps of Loa loa infections in partnership with the Task Force for Global Health. Fletcher, who is UC Berkeley’s Purnendu Chatterjee Chair in Engineering Biological Systems, said the mapping is necessary to identify regions where mass drug administration for River Blindness can be carried out safely and where precautions due to Loa loa co-infection may be necessary.

Among the LoaScope’s proof of impact is a November 2017 New England Journal of Medicine paper co-authored by Professor Fletcher and an international team of researchers describing how the device was used to successfully treat more than 15,000 patients with ivermectin without the severe adverse events that had previously halted treatment.

“This is not just a step forward for efforts to eliminate river blindness,” Professor Fletcher told Berkeley News in a November 2017 article, “but a demonstration that mobile microscopy — based on a mobile phone — can safely and effectively expand access to healthcare. This work sets the stage for expanding the use of mobile microscopy to improve diagnosis and treatment of other diseases, both in low-resource areas and eventually back in the U.S.”