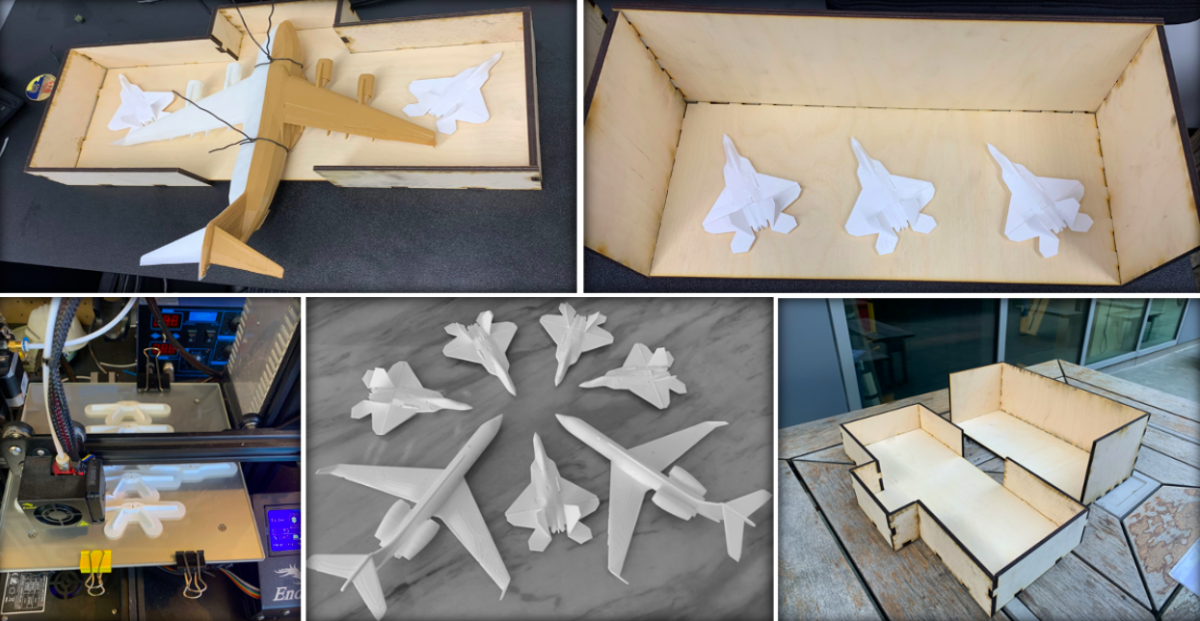 The Royal Armed Forces are among Morocco’s top responders to major disasters, which occurred with a 22-fold increase from 2000 and 2014. Since 2003, the Royal Armed Forces have collaborated with the Utah National Guard through the Department of Defense’s State Partnership Program, which seeks to strengthen global security, foster long-term relationships, and directly assist places in need. These responders must make quick life-and-death decisions in crisis situations, often with very little context. To support better outcomes, the UC Berkeley student team developed a prototype desktop application to coordinate disaster operations and monitor real-time data on the ground.

This team, and five others enrolled in “Innovation in Disaster Response, Recovery and Resilience” (IDR3), presented their final projects in a showcase attended by over 50 representatives from the Department of Defense (DoD), USAID, startups, the venture community, and leaders in disaster tech.

DoD partners from the U.S. Central Command, Army Futures Command, the Utah National Guard, and more were brought in by Kaitie Penry, UC Berkeley’s university program director for the NSIN, a program sponsored by the Undersecretary of Defense for Research and Engineering; its mission is to bring new communities of innovators together to solve national security problems by partnering with academia and early-stage ventures.

The NSIN partners “have real-life, challenging, complex problems and are responsible for disaster response, which is what makes these projects such authentic learning,” says Professor Alice Agogino, the founder of the field of Development Engineering and Blum Center associate director of education. “These weren’t toy problems. Some of these projects are going to see the light of day. That’s what’s really exciting about it.”

Agogino co-taught the course with lead instructor Vivek Rao, a lecturer at Haas and a researcher in mechanical engineering, who helped pilot an earlier version of the course.

The six team projects were each sponsored by an agency important to national security:

“The inherent talent of the Berkeley students to solve national security problems that have a real impact is incredible,” says Penry, the NSIN program director at Berkeley. “The projects that the teams worked on will have a real impact in disaster response, making it more effective for the DoD to act quickly and save lives.”

“What was very clear when the students walked down this path is that we didn’t even know our own process for how to hangar aircraft. There was essentially nothing on the board at all,” says  Major Niko Votipka of Joint Base Pearl Harbor–Hickam. “This project was really a forcing function for the maintainers and the weather shop and leadership to really figure out a good process moving forward for something that is so critical and we struggle with every hurricane season.”

These unique and interesting challenges attracted a diverse group of students. More than 60 percent of students who enrolled were women, with 10 academic disciplines represented. “For an engineering class that involves heavy project-based work, this definitely looks different than the overall demographics of the College of Engineering,” Rao says. “Focusing on this type of problem domain — applying innovation to social-impact issues — really drew a different audience, and we’re really excited to continue to build on that at the Blum Center.”

“It was really inspiring to see how evidence-based the students made their decisions,” says Deniz Dogruer, IDR3’s graduate student instructor and a Ph.D. student in the Graduate Group of Science, Mathematics, and Engineering Education. “They were really taking into account what they were hearing from their stakeholder interviews to really motivate and justify any pivots or any changes they were making.”

That end-user focus, combined with hefty research into the problems they were tackling, led to a wide array of potential solutions that the teams scrutinized to narrow down to the most effective. “I think that was exciting for some people because the possibilities are really endless,” says Yakira Mirabito, a Ph.D. student in mechanical engineering on the Digital Disaster Portal team.

Teams had the opportunity to work on-site with their DoD clients. For example, the aircraft-hangaring team 3D-printed some of their prototypes at Joint Base Pearl Harbor–Hickam and the rest in Berkeley, before shipping their work across the ocean. Similarly, the FireFly team demoed their helmet prototype at an Emeryville fire station.

“We had an awesome time experimenting and developing our various prototypes, and it was also very exciting garnering feedback from firefighters and other stakeholders regarding the prototypes we developed,” says Nicholas Callegari, a mechanical engineering student. “Most of our team members had not worked with an organization like [the Army Futures Command] before, and it ended up being a great learning experience that exposed us to the managerial styles and organization of a specialized government entity.”

“I thought the projects were extremely impressive and mature,” says Penry. “The level of prototype that most of the teams were able to get to by the end of the semester was extraordinary.”

Going forward, the Digital Disaster Portal team has an invitation to attend the Moroccan Royal Armed Forces’ annual natural disaster mission exercises this fall to demo their tools — tools that the Utah National Guard is also interested in implementing closer to home. “The design challenge that [the Royal Armed Forces] presented was just really what they think they needed,” Mirabito concluded, “and what we presented is taking that idea and kind of exploring multiple facets of it.” That analysis and perspective is exactly what the NSIN course is designed to do — providing DoD units with new insights into possible solutions, and UC Berkeley students with an opportunity to focus their energy and talents on challenges that matter.” 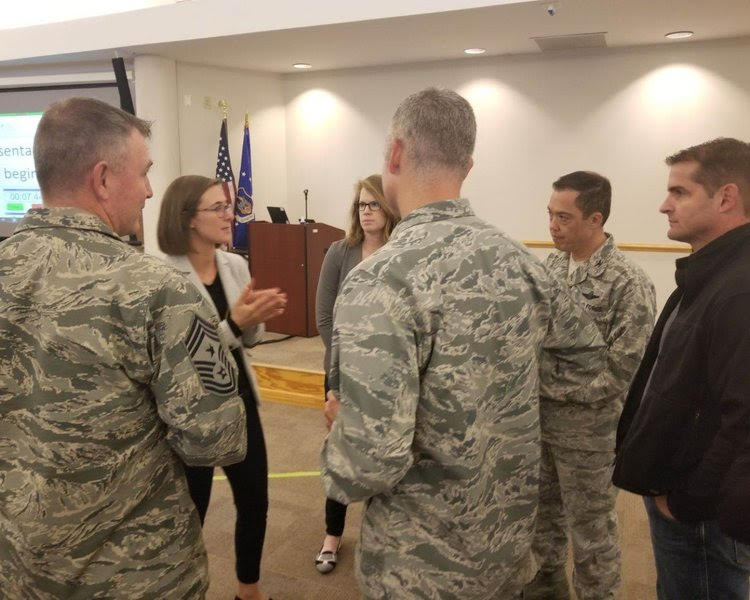