Though he admits it is macabre, Joe Leitmann is walking encyclopedia of natural disaster statistics. The 2004 Indian Ocean Tsunami resulted in 280,000 deaths and $15 billion in damages. The Sichuan Earthquake in 2008 led to 68,000 deaths and $20 billion in damages. Hurricane Sandy’s 2012 tear across the U.S. and Caribbean left behind $75 billion in destruction, and the same year Cyclone Evan in the Western Pacific produced a record $180 billion bill.

Leitmann can reel off these statistics in rapid fire, because he has been in attendance at several of these earth-human calamities. Since 2004, when Indonesia was trampled by ocean waters, he has emerged as one of the World Bank’s experts in how to mobilize money, resources, and other forms of assistance to disaster sites as quickly as possible.

Leitmann, who is the Bank’s Team Leader for Resilient Recovery and Urban Resilience, came to the Blum Center on October 17 not to underscore the increasing cost and frequency of natural disasters, but to inform faculty and students about several rapidly evolving innovations, particularly in digital forecasting and catastrophe financing, that are allowing big institutions and small communities to save lives and protect livelihoods.

“Disasters are costing us an average of half a trillion dollars per year, with up to 26 million people annually being pushed into poverty,” he said. “These costs undermine the World Bank’s twin goals: to eliminate extreme poverty by 2030 and promote shared prosperity. Yet since 2004, there’s been a shift—we have been focusing on resilience strategies and results are happening.”

Leitmann has spent most of his career at the World Bank. Trained in development studies and political science at Cal, he went on to earn a public policy master from the Harvard Kennedy School and completed a PhD in city and regional planning at UC Berkeley. His first job after graduate school was as a Peace Corps volunteer in the South Pacific working on appropriate technology and agricultural planning. For the World Bank, he has worked in over 40 countries, where he has picked up six languages, including Cook Islands Maori and Turkish.

Leitmann said that if the World Bank had not stationed him in Indonesia as its environmental coordinator Indonesia in the summer of 2004, his career trajectory would have been different. However on December 26, months into his new position, an undersea megathrust earthquake led to a killer tsunami and his job changed overnight. Asked to fundraise for the recovery effort, he wrote a memo that became a proposal, detailing how to fill the reconstruction gaps in Banda Aceh and Nias. Within six months, due to the circulation and approval of his ideas, he had raised $650 million and was managing a portfolio of 20 projects.

Leitmann, who has gone on to serve as a program manager for the Haiti Reconstruction Fund and as the lead specialist at the Bank’s Global Facility for Disaster Reduction and Recovery in Washington, DC, says that over the past 15 years the World Bank’s portfolio has shifted from a 100 percent reconstruction to 75 percent disaster risk reduction.

“This is an amazing change for a slow-moving organization like the World Bank,” he said.

The international community also is moving in a more preventative direction. In 2005, the Hyogo Framework was introduced, serving as the global blueprint for disaster risk reduction for the next decade. In 2007, the Caribbean Catastrophe Risk Insurance Facility was established as the first regional risk-pooling mechanism for vulnerable countries. And in 2008, the Joint Declaration on Post-Crisis Assessments and Recovery Planning was signed by the United Nations, World Bank, and European Union, followed by another handful of major international agreements and frameworks, most notably the 2015-2030 Sendai Framework for Disaster Risk Reduction, which includes seven global targets.

As part of this move from disaster response to disaster risk reduction, Leitmann emphasized the increasing role of computer modeling of disaster-prone areas. Digital forecasts of hurricanes and earthquakes now result in damage estimates within days or even hours.  As a result, countries have detailed information about who is vulnerable and where they are, enabling sophisticated risk planning.

In Haiti, for example, Leitmann said the government, with assistance from the World Bank, readied for the next storm by improving detection through weather forecasting, mapping at-risk communities using predictive modeling, building shelters in safe areas, and developing the capacity to move people into the shelters before dangerous weather as well as a means to finance these moves.  Because of these measures, the impact of Hurricane Sandy was relatively small, said Leitmann. He also cited the recent $1 billion retrofit of major public facilities in and around Istanbul funded by the Bank and other donors—as a “great example of getting ahead of the curve.”

Leitmann also sees disaster risk insurance funds, catastrophe bonds, and other financial products as a positive development. In Chile, copper revenues were funneled into $35,000 grants to households affected by the 2011 earthquake; and in Ecuador, increased taxes after the 7.8 magnitude earthquake in 2016 helped to finance the recovery. The Sendai Framework, he said, is specifically oriented to “building back stronger, quicker, and more inclusively.”

Meanwhile, rapid and remote assessment methods—such as social media analytics and satellite data—are changing the way disaster relief experts analyze and plan for recovery. In six cities in Syria, for example, Leitmann’s colleagues are using official reports, social media posts, and data from NGOs on the ground to determine the functionality of public facilities and infrastructure. ISIS may report that the hospitals are closed to undercut the government’s reputation for providing medical services, but the World Bank can tell from tweets, satellite data and reports from the field that the maternity ward is open or people are booking appointments for regular services in the non-damaged parts of the building.

“We can then use these assessment methods to extrapolate how much it would take to entirely rebuild the facility,” said Leitmann. “We are doing that with roads in Yemen and buildings in the Boko Haram-affected parts of Nigeria.”

Big technology companies are also turning to the work of disaster risk management, helping governments and humanitarian institutions with a range of digital communications. During the fall 2019 wildfires in California, for example, Google provided maps not just of fire-affected areas but of the availability of public services, such as shelters and gas stations and supermarkets. Devex reported last December that Facebook’s Data for Good team tripled in one year the number of disaster maps partners, to include the UN Children’s Fund, the International Federation of the Red Cross and Red Crescent Societies, and the World Food Programme.

Daily there are reports of the human-earth consequences of climate change, such as new research published in Nature that reports sea level rise and flooding will affect hundreds of millions more people in the coming decades than previously forecast. Yet Leitmann remains a cautious optimist. He believes if the above efforts are implemented by cross-sector collaborations, we can cut the current half trillion dollar per year expenditure on disasters by a third and save lives.

“By reducing risks, strengthening recovery systems, and enhancing preparedness,” he said, “we can protect gains in poverty alleviation and economic development—that’s true resilience.” 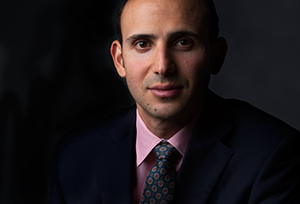 Richard Blum looks back across 10 years of the Global Poverty and Practice Minor he created at UC Berkeley. More than 700 students have worked 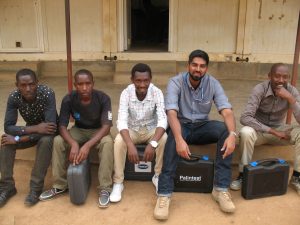