By: Javier Kordi  and Sean Burns

May 16, 2013 – Each summer, Global Poverty and Practice students travel to communities all over the world to engage in poverty alleviation work.  By giving students on-the-ground exposure to the complex challenges of poverty action, these ‘practice experiences’ put classroom learning into new perspective. The Blum Center’s Student Fellowship program helps to fund a majority of these GPP students as they seek to collaborate with a variety of NGOs, government agencies, social movements, and businesses to turn their studies into tangible community work.

Guided by their own interests and questions, students are challenged to define a practice experience which advances their academic goals and aligns with their passions. For Zahra AbouKhalil, a third year student majoring in Public Health and fluent Arabic speaker, this means traveling to Lebanon in mid June to begin an internship with the Amel Association in Beirut—an organization working for the rights of Syrian refugees. Over 350,000 Syrian refugees have crossed into Lebanon since the start of the civil unrest in Syria. AbouKhalil’s practice experience will entail running health and sanitation workshops in the Amel’s refugee camps.

Each year, many GPP students view the practice experience as an opportunity to ‘give back’ to their home communities. Lorraine Mosqueda will travel to the island of Iloilo in the Philippines to complete her practice experience. Mosqueda, a third year majoring in Microbial Biology, will work alongside the Family Planning Organization of the Philippines to conduct community outreach and spread contraceptive awareness. A native of the island of Iloilo, she aspires to engage with her community on topics of women’s and family health that have been central to her studies at UC Berkeley.

International practice experiences such as AbouKhalil’s and Mosqueda’s have proven invaluable to student’s perspectives and professional goals. However, as GPP’s Professor Ananya Roy articulates in the foundational course of the Minor, students must also foster a “Politics of Locality”—that is, understand that poverty does not exist ‘out there’, but is instead a phenomenon with both local and international dynamics. Understanding this relationship between the local and international manifestations of poverty encourages students to not forgo the importance of poverty action in their own backyards.  This year, the Blum Center witnessed a significant increase in students seeking local practices. Thirteen students will stay in California—ten of whom will be in Berkeley or Oakland—working on issues ranging from affordable housing and community health to food security and women’s economic rights.

Karem Herrera, a Public Health major, will complete her practice with Don’t Sell Bodies, an anti-human trafficking organization led by Cal grad Minh Dang that seeks to spread awareness through the telling of narratives.  There are millions of individuals coerced into forced labor or sexual exploitation in the US, and the San Francisco Bay Area is considered by the FBI to be one most prominent locations for these illegal activities. Herrera’s practice experience will focus on assisting Don’t Sell Bodies in organizing conferences to increase survivor participation. The inclusion of survivors’ stories is central to the organization’s mission to empower vulnerable populations through education and awareness—a mission Herrera hopes to forward.

Local practices enable GPP students such as Hillary Acer to work on issues impacting UC Berkeley’s neighboring communities. Acer, a third year majoring in Integrative biology with a minor in Dance, will spend her summer in West Oakland interning with the well-known food justice organization City Slicker Farms. By assisting the organization with the expansion of their home and community gardens program, Acer will be working to increase access to healthy food in one of America’s largest ‘food deserts.’ This practice experience reflects her broader interests in community health and will give her exposure to food and nutrition challenges with an emphasis on social justice.

Capturing the essence of the practice experience, the Blum Center’s GPP Program Coordinator Chetan Chowdhry enthusiastically states: “The practice experience is a vital aspect of the GPP Minor because it allows students to directly engage with the political and ethical challenges that are inherent in efforts to address global poverty and inequality.  As a result, it pushes them to think critically about what meaningful global practice entails.” 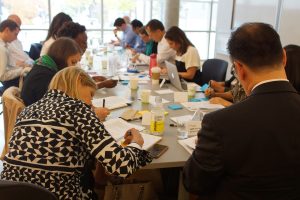 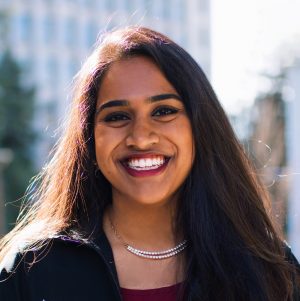 By Divya Nekkanti During high school, I looked unquestionably at technology leaders like Bill Gates and his wife Melinda, whose philanthropic foundation aimed to solve 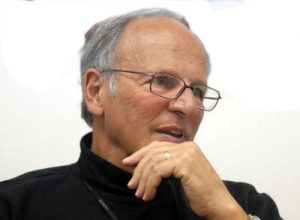 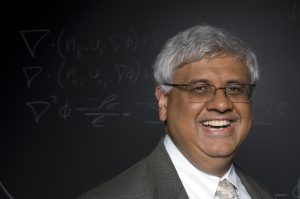 COVID-19 and Unprecedented Innovation at the Blum Center

At the Blum Center, 2020 was a year of unprecedented adaptation and innovation due to the COVID-19 pandemic.